The Vase Analogy Series stems from two major interests: exploring symbolism and investigating formal design issues. I use the vessel as a symbol of daily domestic life and the woman's traditional role. These vessels celebrate the everyday, unseen qualities that give each mundane task its own richness. The formal qualities of color, form and texture give the particular Vase Analogy its individual character. I am particularly influenced by ancient vessels, which are often reconstructed from fragments and textured by long exposure to the elements. The fluid vessels are informed by cloth, and its ability to create any shape. 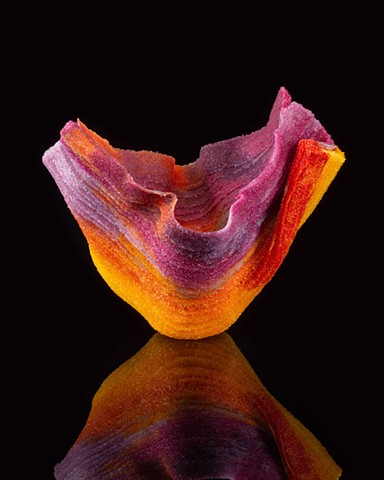 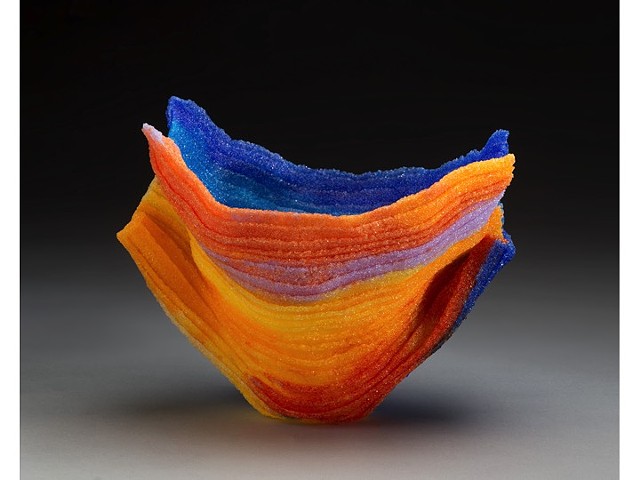 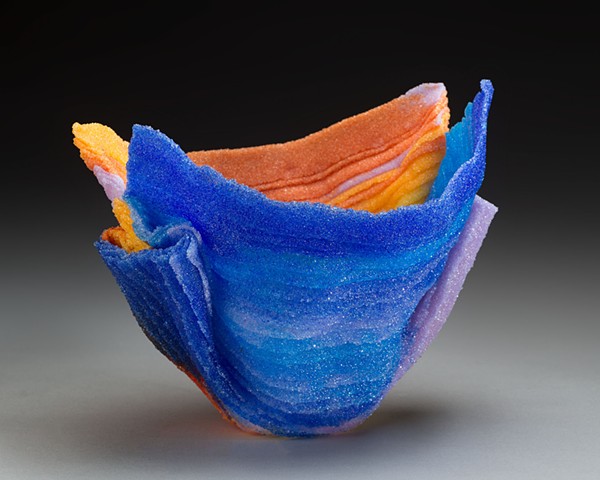 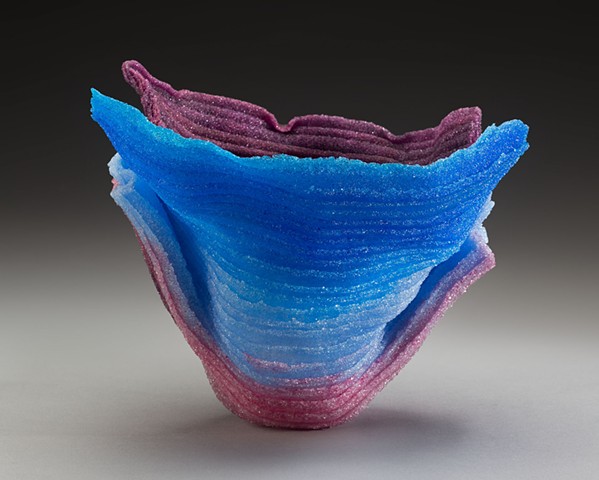 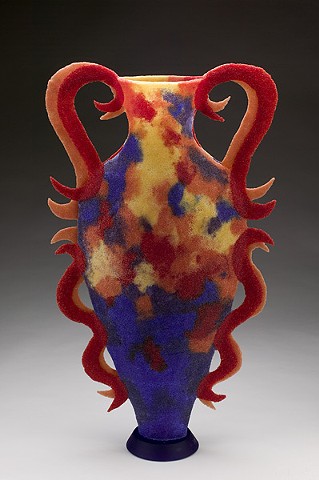 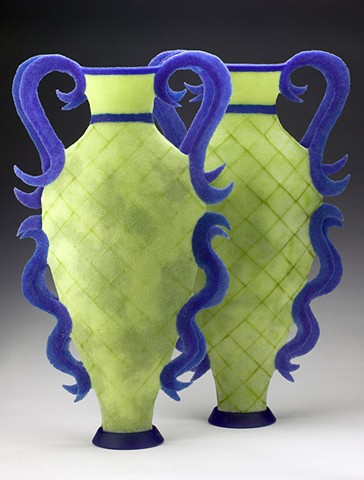 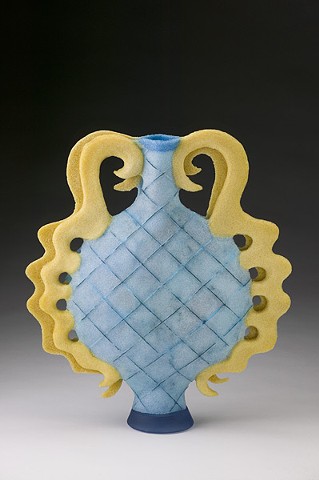 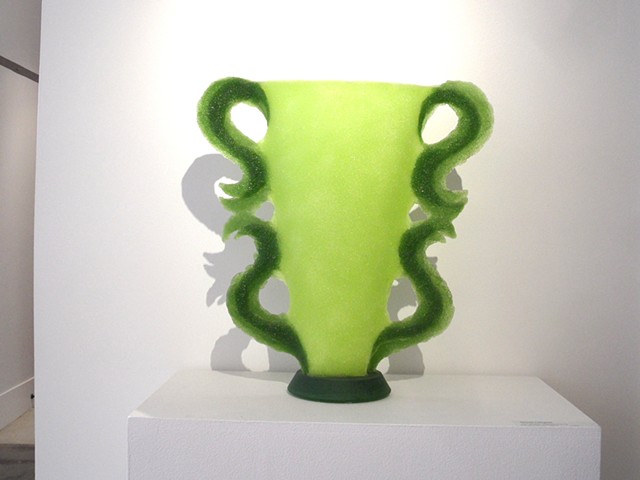 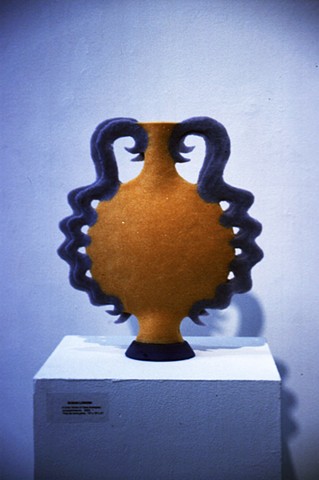 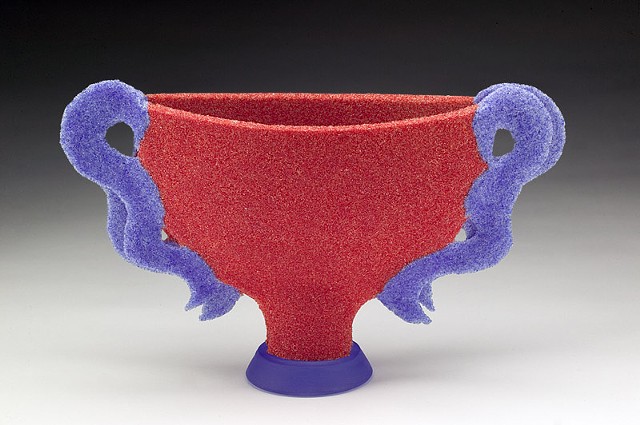